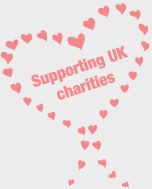 Cancer Survivorship – Treatment and Beyond

Over the past 10 years significant improvements in the diagnosis and treatment of cancer have meant that cancer survival is increasing and also the growth in our ageing population has also resulted in an increase in cancer incidence.  With these two main factors, the number of cancer survivors is estimated to likely grow by over […]

Our body’s immune system forms a protective shield and within its armoury, one of its most powerful weapons is inflammation. This is a complex and carefully orchestrated biological response designed to eliminate harmful stimuli such as bacteria, pathogens, injured cells and chemical irritants and to initiate the body’s healing processes, and without it we probably wouldn’t […]

How to deal with hair loss during cancer treatment – Chemotherapy, Radiotherapy and Hormone Treatment

Hair loss (also called alopecia) is a potential side effect of chemotherapy and radiation therapy and for some people can be the most distressing side effect of treatment.  Hair loss can be hard to predict although for some fortunate people, having cancer treatment doesn’t affect their hair at all.  When it does occur it’s usually […]

How to heal Lymphedema

Lymphedema is an accumulation of lymphatic fluid in soft body tissues which in turn causes swelling.  It’s a common problem in cancer patients and may be caused by the cancer itself or the cancer treatment. It mostly occurs in the arms and/or legs but can occasionally happen in other parts of the body. The lymphatic […]

First, it’s important to distinguish between alternative and complementary therapy.  Alternative therapy is used instead of standard or mainstream medical treatment whereas complementary therapy is used alongside conventional medical care.  Alternative therapy generally implies rejecting mainstream anti-cancer treatment (chemotherapy, radiotherapy, surgery) and is largely lacking in biological and scientific evidence of efficacy and also can […]

Being told that you have cancer is an intensely frightening experience. Although we all react in our own unique way, for most of us it brings an overwhelming and sickening fear and feels like our world is suddenly spiralling out of our control. Often the words, ‘You have cancer’ is the last clear thing you […]